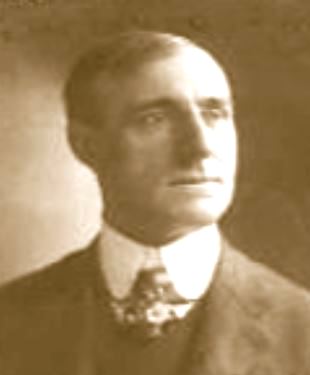 Born in England on this day in 1853, Thomas Ricketts was the first official “Hollywood” director. His life in England is not very well documented (at least that I can find). He immigrated to the United States in 1870 or 1873 depending on which documents you choose.

There is little information about his first wife,  Olivia, born in November 1856 in New York. What information I could find, indicated that they married abt. 1878, had a son Frank who died as a child, and a daughter Ethel born in New Jersey abt. 1881. I’ve been unable to tell if they divorced or if she passed away.

His stage career began in 1882 with the Catherine Lewis Comic Opera Company at the Fifth Avenue Theater in New York.  He married stage actress Josephine Ditt in 1905 or 1906. Josephine was born in Illinois on 7 September 1868 to Nicholas and Mary Ditt. Her father was a native of Alsace-Lorraine and immigrated to the United States in 1857.

Thomas’ friend, Henry Dixie, had been working with Essanay Studios in Chicago. In 1906 he convinced Thomas to take a extra part in a movie, because as Henry put it, movies were the future. Thomas accepted and ended up staying on to play Ebenezer Scrooge in A Christmas Carol and then to star in The Old Curiosity Shop. Thomas had a comedy he’d written and used on the stage called A Cure for the Goat. Essanay asked him to make it into a 600 foot film and he gladly obliged. He remained with the company for four years as one of their main directors. He’s credited as discovering Ethel Clayton, J. Warren Kerrigan, Bryant Washburn and Jack Conway.

With Aubrey Kennedy he helped to organize the American Film Company or “The Old Flying A”. He made the company’s first six films in Chicago and then moved on to the old Nestor Company on Staten Island.  In the fall of 1911 he moved his family to California. It was a split second decision and after arriving in Los Angeles, they realized that they had no idea where they were going to set up a movie studio. A real estate developer happened to overhear them talking at a hotel and suggested Hollywood.

So, they set out for Sunset & Gower where they found  a block long property. The owner wanted $50 rent per month for the whole block. They thought that was too much and opted for a lease with an option to buy the whole property for $9000 at the end of one year. They made the deal on a Sunday and by Tuesday the Nestor Film Studio was up and running.

The first movie they produced also happened to be the first true Hollywood-made movie. It was The Best Man Wins (1911) starring Harold Lockwood and Dorothy Davenport. Thomas’ wife Josephine also had a role as a vamp. Selig-Polyscope and Bison Film Company were already making films in Edendale, but theirs was the first real Hollywood film. In the next eighteen months, the studio turned out 50-60 films, half of which were directed by Thomas.

S.S. Hutchinson had decided to relocate their Niles, California movie studio to Santa Barbara. They invited Thomas to make a couple of movies – he stayed for four years. While there he made the film, Damaged Goods, with Richard Bennett and his own wife Josephine. It was a huge success grossing $1.5 million in its first run.

Despite all the success with Damaged Goods, Thomas didn’t find himself in high demand. He ended up taking a year off. He and Josephine bought a house in West Hollywood on Sweetzer Avenue, a house they would live in for the rest of their lives. After tinkering for awhile, Thomas decided if no one wanted him as a director, then he better start acting again.

He became quite a prolific actor in the 1920s and 1930s.  Many of the roles were uncredited, but he was never at a loss for work.  Any time someone needed an old man, especially an elderly butler, Thomas was there.

He worked up until his death from pneumonia on 20 January 1939. Josephine passed away nine months later on 18 October 1939.

He is buried in the Hollywood Forever Cemetery in Los Angeles, California.

Black Oxen (1923) Clara Bow, Kate Lester and Thomas Ricketts, in the type of role for which he became famous 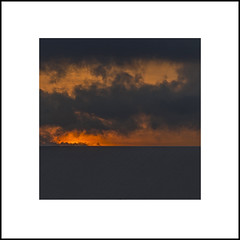